*This is a sponsored post for Temptu, but all opinions are my own*

Hello Lovelies!
Have you heard of Temptu? A few weeks ago I was given the
opportunity to review the Temptu Signature Airbrush Makeup Kit(system,
foundation, blush, and highlighter). What I thought was super interesting for
you all to know is that prior to this system I had never used an airbrush
system. Sure I had watched Youtube videos, but I had never actually tried to
airbrush my own face. So today you are going to get a full review of the Temptu system, Temptu spray makeup, and this kit as a whole.
I must say that in my anticipation of receiving this system,
I did some research and found out that Temptu has created show stopping looks for
the most iconic faces in fashion, music, film, and television. The Temptu
Airbrush Makeup Kit and patented Airpod makeup is the first ezsy-to-use,
professional-quality home makeup airbrush system. Now everyone can easily
achieve flawless makeup application, just like her favorite celebrities every
time!
In fact, Temptu is the go-to makeup for some of the largest names
in music, movies and television, as well as some of the top names in fashion
such as: Music- Lady Gaga, Katy Perry, Carrie Underwood, Madonna, and Beyonce, Television-The
Voice, Dancing with the Stars, and Mad Men Film Stars including Rooney Mara,
Scarlett Johansson and Nicole Kidman, Fashion-on runways for Prada, Christian
Dior, BSBG Max Azria, Helmut Lang, and Herve Leger.
Impressive right? I know that I am one that looks at tons of
pictures from awards shows dreaming of being able to have, “the flawless makeup
application” such as Katy Perry and Carrie Underwood. I try to recreate looks I
see and the one thing that always stumps me is overall appearance of the skin.
I feel that nothing truly compares to the look obtained through airbrush
makeup. 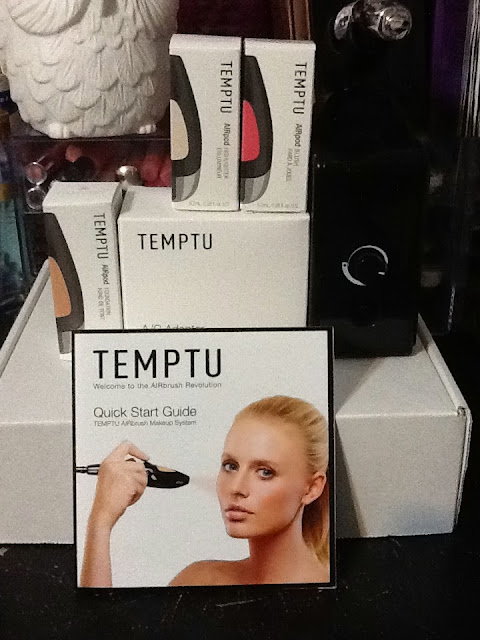 Is this Temptu system easy to use? Yes! Within a few
minutes of plugging in air hoses and power cords, and popping in the Temptu
foundation, blush, or highlighter was super easy and quick. I found that
directions to be very user friendly and educational. I admit that I was worried
that I had selected the wrong color foundation offline and I was worried that I
would end up having foundation all in my hair. Well as soon as I started
applying the foundation in the color 004 Sand, I realized that it was a perfect
match. It took only a few minutes to learn the art of airbrushing makeup with
this Temptu System. I found the Temptu Airbrush easy to hold and use.

I love the “flawless face”
that using the Temptu foundation gave me. I found that the blush in the color
403 Washed Rose left a dusty rose look that was to die for! The highlighter in
the color 301 Champagne was simply gorgeous. I truly found that I was able to
get a flawless soft focus finish in makeup application, with blush and
highlighter in all the right places. I feel that this system was easy to and something
everyone should invest in for special occasions. Overall I am highly impressed with Temptu makeup! I already can see that I will
be getting tons of use out of my Airbrush makeup kit. I honestly never realized spray on makeup would make such a difference. Look at my before & after! I know big difference right? 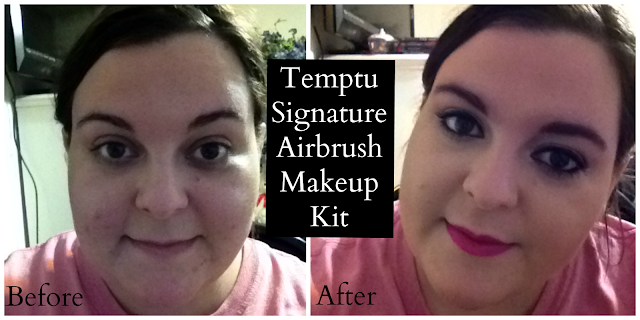 I am simply amazed at the coverage that the Temptu foundation created on my face. My skin has lately been going a bit crazy lately and breaking out. Well to my surprise this makeup covered almost all of my skin issues. I did do my eye makeup and added some lipstick in the after picture so that you could see an overall end result.
Temptu Airbrush Systems start at $149. Thanks to Temptu I
have an exclusive 20% discount off for all Southern Beauty Guide Readers! Use
the code XFXF3F9F to get your 20% off today! Make sure you follow Temptu on Facebook, Twitter and Instagram!
Something so exciting that I have
been given the ability to do is to giveaway (1) Temptu Signature Airbrush
Makeup Kit, which includes the Temptu system, blush and highliter, to one of my
lucky readers! 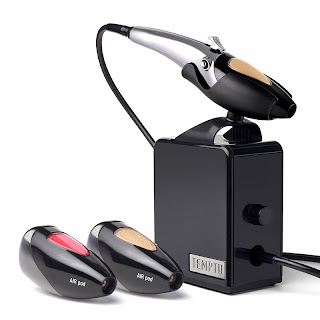 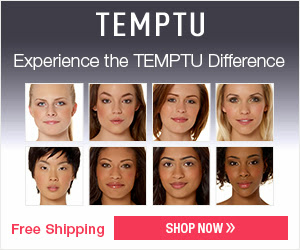 Why is it important to organize your makeup collection? Just a few planner goodies from this week! #haulti

It’s been a exceptional hard day at work. It’s

Thanks @southerngabellelife for making my birthday