Hello Lovelies!
I am so excited to be teaming up with Kristyn from Carolina Fireflies, Amanda from Rhyme & Ribbons, and Kelly from Messy Dirty Hair to bring you a one-time link-up!
So “GET EXCITED LADIES” for it is time for the Greek is Greek Link-up!

TOGA TOGA TOGA! Well that does not sum up my Greek experience, but I did attend a fair amount of Toga parties! So I guess I should start from the beginning. Freshmen year of college brought many surprises. I was one that never thought that I would join a sorority. I just did not think I fit into that “type” of girl that would be a member. Well the first Thursday night I was out with a few friends at one of the frat houses when I met one of the ZTAs. We immediately clicked and formed a friendship from the start. It was not long before I was meeting other sisters, having movie nights, and was talked into going through recruitment. I have to say that I was terrified that I would get cut. By night four of recruitment I was still being invited back to all the sororities’ recruitment parties.

I saw many girls that were my friends that were cut, and I was praying I was not one of them. At that point one sorority thought I was going to go their way and the my ZTA friend told me that they were thinking I was not going to choose them. Let me mention real quick that there were two sororities on campus. I am not going to go into lots of depth about this because it is not the main point of this post. Anyways, leaving the last night and filling out my pref card was hard. I was faced with Choosing either one, listing them in order or what they call suicide-ing..which is super dangerous. So I chose the place that I felt was home. Needless to say on Bid Day I was told that my my new sisters that it was quite the shock that I picked them. However, when you just know..you just know. 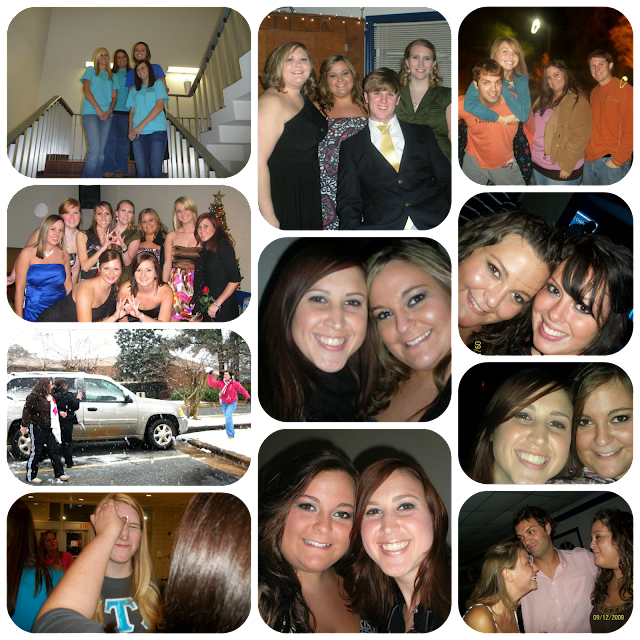 Events in Phots: Sister Pick My Mister(Little Sister picked my date that was not my current boyfriend lol), Birthday Parties, The Night of My 21st Birthday, Theme parties, Formals, Flower Wars, Placing a Breast Cancer Awareness Pink Ribbon in the Middle of BFF’s forehead, crazy photo ops, and lots of laughs! It was honestly hard to pick just a few photos to sum up my collegiate sorority experience. 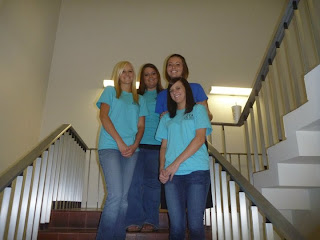 Time went on and my first sorority friend became my Big sister, you can see two of my littles and one of my grandlittles in the picture above. I must admit that she had me convinced I was not her little, but when the time came to find out my big I could not have been happier. Throughout my first year I developed many friendships with all of my new sisters. Sometimes it still do not seem real that I am a ZTA Alumae. I became super active and served on many boards within and out of my sorority. So technically we are a fraternity, because we founded ourselves. However, mostly we get associated as being a sorority  because we are women. Anyways, I ended up on being on the Panhellenic council and playing big roles in campus activities. By my second year I was chosen to be someone’s big! In all at the end of my collegiate career I had 5 littles(2 adopted) and 3 Grandlittles.

I also became a fraternity little sister and dated my share of fraternity guys as well. I attended Greek formals, parties and banquets of all kinds. I also made so many friendships that will last a lifetime.

I had the time of my life due to joining this sorority. I was opened up to so many opportunities and I was brought out of my shell. I found that being a member kept me happy, dedicated and focused on making memories and having the time of my life while in college. I wish so many times that I could go back and relieve just one of those days. They say you meet your bridesmaids when you go to college…Well I just so happens something better happened, I met my sisters!

Regardless of your Greek or Non-Greek affiliation this is an experience that is truly remarkable. I know that I love my sorority sisters with all my heart. One this is for sure regardless of where they are or what school they attended, this sisterhood is one that bonds you together and you will always have someone to lean on because of it! I know that I was super surprised to find out that two of my favorite bloggers were my sorority sisters.  I hope that if you ever get the chance that you become Greek or share in a Greek Life experience!

*** We have all been getting some emails about not being able to add links.  Inlinkz has recently updated their widget so a little box will pop-up when you click on “add my link” instead of having the boxes to add the info right there.  Since most of us have pop-up blockers, it just reopens the page when you click on it.  If you have a PC, just hold down CTRL when you click “add my link” and the box will pop up.  Kristyn is working on getting you all the Mac equivalent now.  If it still wont work, you can email your link to Kristyn and she will add it for you! ***
carolinafireflies {at} gmail {dot} com

Banging my head on my desk…
Sponsor Highlight: Tori from A Little Leigh Way